As an independent publisher, running and curating the wo-men publishing house as a one-woman-show since 2012, I focus on art books that combine non-fiction writing and documentary photography. I relate my work to the concept of bibliodiversity that is rooted in values such as sustainability, cultural diversity and responsibility. I have published 15 unique projects that were awarded in the Czech Republic, Great Britain, France, Austria and Slovakia. The books published by wo-men have also been acquired by well-known libraries, museums, and private collectors in Japan, the United States, Canada, Switzerland, South Africa, Australia, Sweden, Austria, Italy, France, Belgium, Great Britain, Germany, Slovakia and many more.

As a lecturer and consultant of book projects, I specialize in self-publishing and independent publishing. In my workshops and private sessions, I have consulted on tens of books that were later successfully published. I focus on non-mainstream publishing strategies based on my own experience that are important especially for independent publishers.

As a literary documentarian, I create mostly non-fiction content in collaboration with experienced Czech photographers. As a documentarist, I have recorded stories in Hungary, Switzerland, Australia, Japan, Slovakia, Poland, Germany, the Czech Republic and South Africa. Usually, I am working on topics related to women, such as violence on women, women in crisis, lives of unmarried women, women activists, women artists, women documentarists, etc.

My academic background is in journalism, media theory, creative writing, design, art, and languages. Over the course of my PhD studies at Tomas Bata University in Zlin, and Research Practicum at the University of New South Wales in Sydney, I focused on women in documentary professions in the Czech Republic and Australia.

I can offer you my skills and support in the following areas: I can work on international non-fiction literary projects or consult on them. I am also available to discuss self-publishing practice, as well as arrange theoretical and practical workshops on publishing.

Note: Most of the exhibitions were collaborations with other outstanding artists, for full details see my website.

From a freelancer to an award-winning independent publisher 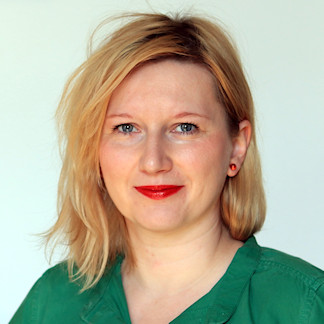 Barbora Baronova is one of the most accomplished and experienced professionals I have ever met in the publishing industry. Not only has she written and published outstanding books collected by connoisseurs from all over the world, but I also admire her work and business ethic. As a successful independent publisher, she has inspired a whole generation of her peers in sustainability and the overall quality of book production. We have also worked together on several projects, a remarkable experience in its own right. Always 100% professional, kind and creative — that’s her!

Robert Vlach business consultant and founder of Freelancing.eu
Disclaimer: This is a business presentation of Barbora Baronova, PhD for informational and advertising purposes only. All rights reserved.