I have been providing professional German-Czech and Czech-German interpretation and translation services since 2002. I was officially certified as a sworn interpreter by the Czech state in 2010 to provide language services wherever the utmost accuracy of translation and interpretation is needed, such as in courts, legal procedures, official events, etc.

I specialize in the areas of business and technology, law, and humanities. In interpretation, I offer simultaneous, consecutive, as well as whisper interpreting (chuchotage) to facilitate all sorts of events, from business meetings and video calls to important negotiations and major international conferences, where I hold a prestigious certification from the elite course European Masters in Conference Interpreting organized by the European Union.

I have several degrees from Charles University in Prague, specifically in German translation and interpretation, Legal translations, and Politology. I am also a full member of the Czech Union of Interpreters and Translators (JTP) and a licensed tourist guide for Prague and its Jewish Quarter in German and English (supported by my Certificate in Advanced English from Sydney, Australia).

Since 2002, I have worked for many prominent companies like Audi, Siemens, Kaufland, OKD Ostrava or Vltava-Labe-Press, institutions such as the National Museum in Prague, Czech courts and police, as well as a number of high-profile individuals. 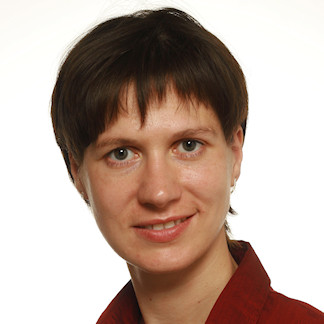 Lenka has been a part of our interpreter team for several years now. She has never had any problems with even the most complicated technical issues or the challenging interpreting concerning printing machines, steel structures, biogas stations, etc. She has always tackled everything to our full satisfaction. Whether it’s technical training or business negotiations, she can handle it without any difficulty.

Monika Hradilová Interpreter and translator
Read all 9 recommendations
Disclaimer: This is a business presentation of Lenka Martinkova for informational and advertising purposes only. All rights reserved.